One of the biggest problems when it comes to removing brambles from your garden is the fact that they are perennial plants. This means they will grow back every year unless they are killed and removed completely, which takes some effort if the bramble is already well established. So the question is how to clear brambles to eliminate them.

The answer is to attack the bramble’s root system with a natural or synthetic herbicide, then pull out all the roots to ensure that the bramble has no chance of surviving and growing back the following year. 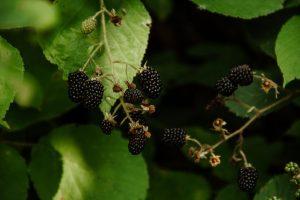 Remove brambles with a natural herbicide.

You will need the following:
•vinegar (3 liters)
•salt (1 kilogram)
•a small amount of dishwasher detergent
•a pressure washer

Many people don’t like to use synthetic herbicides in their gardens because of their damage to other plants and their risk to children and pets. In this case, the only option is to make your own natural herbicide.

Mix the ingredients and let it sit for about five minutes. Once ready, add the mixture to the pressure sprayer. Spray the bramble bush and the soil around the base of the plant.
Note that this only works for small plants. Bramble bushes have extensive roots and are very difficult to attack well with a herbicide of this type.

If it is a small plant, wait for the compound to take effect for a few days, then dig up the dead plant.

Removing brambles with a synthetic herbicide

You will need the following:
•glyphosate or triclopyr herbicide
•cutting tools
•gloves

Glyphosate-based herbicides are very effective and economical. They kill the root and stem of bramble in a very short time. The problem is that you have to be very careful that it doesn’t fall on areas of grass or other plants if you don’t want to kill them too.

Triclopyr is as effective as glyphosate and can be applied to the lawn without killing it. So, if you are concerned about your lawn suffering, use this one instead.

Both herbicides are systemic. That means the plant absorbs them, and they get to the roots. That’s why they’re so effective. The whole plant dies, and it can’t grow the next year.

The best thing is that you remove the bramble branches before using them, leaving the plant between 15 and 20 centimeters high.

If you plan to plant grass later, use glyphosate instead, as it becomes dormant as soon as it touches the ground. It will be safe to plant a lawn later.

After applying the herbicide, you will need to dig up the soil, cut the roots and remove them completely. This is something that takes a lot of effort, especially if the bramble is already well developed. But the results will be the best.

Things to remember about bramble removal.

•Older brambles get thicker, so they take longer to decompose once dug up. Don’t let them decompose in the garden, as this takes time, and you risk them rooting back into the soil.

•If you have a neighbor who has brambles in their yard, keep in mind that they will probably grow back into your yard. This shouldn’t be too much of a problem if you have killed and removed the ones on your side. Remove the small bushes as they appear.

•In almost every area, municipal or private companies deal with bramble waste, as mentioned here. See which one can handle yours.

•You can burn the brambles to remove them quickly but avoid doing so on windy days, so the smoke doesn’t harm neighbors.

•The roots can be used as mulch if you have access to a chipper or woodchopper. When finely shredded, brambles become a fantastic mulch that insulates the soil and provides nutrients.

How do you prevent brambles from getting into your garden?

Preventing brambles from growing in your garden is directly the best way to save a lot of effort later on. The problem is that there is no way to guarantee total success in this endeavor.

The best way to do this is to remove them when they are just a small bush. This process is much easier than removing them later when they have become mature bushes. However, be sure to keep an eye on your garden from time to time if one shows up and takes action as soon as possible.

Have your lawn mowed regularly. If your budget allows, the best way is to get a robotic mower or a self-contained lawnmower. Today, they have come a long way in terms of price and performance. In this article, we give you our recommendations. And in this article, we tell you how a robotic lawn mower works and what to look for when evaluating options.

If you have an area that is particularly susceptible to bramble growth (for example, near a lazy neighbor’s yard…), try spreading some mulch. This makes it easier to remove small shrubs when they appear.

Finally, when you have completely removed all the brambles in your garden, the next thing that should come to mind is disposing of them. But, unfortunately, disposing of such waste matter may be difficult to handle, and leaving it lying in your yard is not an idea, as they may sprout again; as such, the problem is not solved.

If you a finding it hard to get rid of this waste material, contact a dumpster agency such as the Junk Container Service Group, and they will gladly help you with this. Visit them on their website for more information.